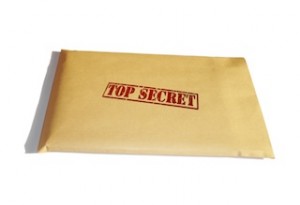 As more chiropractors discover the power of the Internet to market their chiropractic practices, many of them are still clueless on how to build a dominating presence online.

Instead of learning how to generate massive traffic to their sites, they signup for website packages that look pretty, incorporate 3-D spinal images, and promote chiropractic in terms that only chiropractors understand.

Then, after spending insane amounts of money on all of this “cutting-edge” technology, they scratch their heads wondering why their site doesn’t generate traffic let alone new patients.

However, chiropractors that pay attention to how real businesses profit from this new media will not only thrive within their brick and mortar establishments but also online.

So, in today’s Digital Age, how is this accomplished?

By paying attention to changes that occur within search engine algorithms. Let me explain.

Originally, Google only used one dominant criteria for PageRank between 1998-2003. Essentially, they just counted the number of inbound links coming into a site. As long as your site had a high number of quality inbound links, you were easily found on the first page of Google.

Between 2003-2006, content ruled. In other words, inbound links were still important but Google put more emphasis on content. Ironically, this was the same era that Google AdSense was launched.

When marketers and spammers figured this out, they simply stuffed sites with halfway decent content using niche-specific keywords and were able to dominate SERPs easily.

Once Google realized their mistake, they swung the pendulum in the opposite direction and returned to links as being the most important aspect of their algorithm. Consequently, between 2006 and the early part of 2010, Google rewarded link-building once again over content.

But, it didn’t take too long for scrupulous internet marketers, black hatters, and spammers to realize that all they had to do was create fake inbound links via automated tools. So, Google once more closed the door to their tactics by releasing their newest algorithm update called the “Caffeine Update” in June of 2010.

Once Caffeine hit, the game was changed drastically. Instead of just having both quality content and inbound links, Google now requires sites to have activity. In other words, it takes consistent interaction around your site and content to dominate within your market.

So to recap, here are the 3 Secrets Chiropractors MUST NOW Use to Succeed Online:

I don’t have to spend much time on this point. If you’ve been a longtime reader of Next Generation Chiropractor, you should already have a good concept on what this requires.

But, if you’re new to Next Generation Chiropractor, first of all, THANK YOU for visiting. I GREATLY appreciate it!

Secondly, you may want to read How to Create Compelling Content that Ranks Well in Search Engines, Why Chiropractors Need to Become Content Publishers, and Why Content is King Shouldn’t Be Chiropractors’ Only Mantra to get up to speed on what I’m referring to in regards to quality content.

Before you start concentrating on building quality inbound links, make sure you’ve got step one down. If you don’t, Google will view your site as either a SPAM site or an automated black hat scheme. That’s the last thing you want since Google banishes these sites from search once they’re found.

However, once you start generating quality content, you also need to reach out to other sites of authority, build relationships with these individuals by commenting on their content, and then linking back to some of their blog posts within yours to generate solid trackbacks and inbound links.

If you spend the time to do this, the authority of your site will increase which only benefits your overall PageRank.

No longer is it enough to just write valuable content built within quality inbound links. If your chiropractic site doesn’t generate activity, its PageRank suffers. Matter of fact, if your site is new Google won’t even consider ranking it until it notices activity.

So, how does one define activity?

In its simplest form, activity is defined as traffic. But not just hit or miss traffic but rather consistent traffic that’s driven to your site in real-time.

How does this occur?

To summarize this post in its simplest form, write out the following equation, keep it somewhere that is consistently reviewed, and apply its tactics repeatedly to see growth in not only your PageRank but also traffic to your site:

Question: What ways are you stimulating activity to your site?