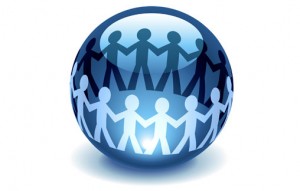 Unless you’ve been living under a rock, you probably have heard of social media networks like facebook and myspace.

And, like most professionals, have made the misconception that social media is “just a fad” or “just for teenagers”.

Well, neither assumptions are true. Social media is here to stay.

Case in point, take a look at the following graph provided by USAToday.com:

An astounding 35% of adult Internet users now have a profile on at least one social networking site. And, among online adults ages 35-44, 30% have a profile.

According to Cate Riegner, vice president of Netpop Research, social networking grew 93% in the two years between 2006 and 2008. What is even more amazing is that Facebook grew 500%.

What this is telling us is that more and more people no matter what their age are turning to social media networking sites to connect with family, friends and businesses.

So, as a chiropractor, if you want to be able to connect with people more effectively, efficiently and successfully, you must start using social media as part of your marketing plan.

Now, for some of you, social media may be something you’ve heard about but simply do not understand. If that’s you, then let me define what social media is so that you’ll have a better understanding.

Social media is an online community residing within any number of platforms like facebook and myspace for the soul intent of sharing text, photos, audio files and videos with friends, family, business colleagues, etc…

In other words, the term social media often refers to activities that integrate technology, telecommunications and social interaction among people.

As an entrepreneur, you need to be interacting with both patients and prospects alike through these social media platforms. This is where the masses are!

You may be asking yourself, “Okay, but which one do I join?”

Matter of fact, since there are so many to choose from, we’ll devote our next post to helping you weed through the choices which will make your decision much easier.

But, before you go, watch the following video by Common Craft titled Social Media in Plain English. Also, if there are any questions or thoughts you’d like to share with me or other readers, please take the time to leave your comments in the {comments} section below.