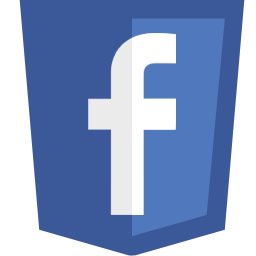 Online advertisers use a wide variety of schemes to drive people to their websites.

For beginners, you have options like press releases, article directories, link-sharing, and other content-driven distribution services to help boost your online profile.

For advertisers above that level, such as business owners and super affiliates, social media exposes itself as the premier way to not only advertise to a targeted audience, but also to interact – to maintain a social presence within the framework of your market.

Facebook is unlike any other social networking site out there. Over 100 million unique users every month in the United States along makes Facebook the ideal marketplace for any and all businesspeople wanting to get their message out there. Of course, one must approach marketing on Facebook the correct way.

There is a huge risk assumed by online advertisers, the biggest of which is being seen as a spammer. You could also look unprofessional and damage your brand in multiple ways.

As Hunter S. Thompson so eloquently put it, “If a thing’s worth doing, it’s worth doing right.” So before you use your knowledge to market on Facebook, take a few minutes to learn the motions.

Step 1: Start by Creating a Goal

Facebook’s brilliance is in its simplicity of structure that is ironically a complicated conclave of features such as an ability to choose which groups you want to market to.

A company deciding to advertise with Facebook was an issue foresaw by its creators, and thus you are able to target a wide range of criteria via your marketing strategy: Location, age, gender, interests, relationship status, etc.

Acting like an Internet within the Internet itself, Facebook is an entire world where keyword-targeted marketing helps companies identify who sees the ads. This is where the identification process helps you.

Creating compelling ads requires nothing more than an accurate audience. For instance: If you’re advertising basketball equipment, you would obviously target a certain age range whose interests include B-ball and who use different B-ball-related keywords.

If that seems like an oversimplification of how to target a market, thank the people behind Facebook for making it so easy.

A person attempting to build a home would be hard-pressed to get it all done with a hammer. You’d also need a saw, a level, a tape measure, and many other tools.

Qwaya is a very powerful Facebook ad creation and management tool with a streamlined interface, a feature-rich format, and a slew of customizable controls. You can run an entire ad campaign from inception to fruition with a tool such as this.

You begin your initial campaign, create the ad, hone in on your targeted market, release the ads, monitor your results, and from there you can tweak any ads or redirect your approach.

If you could liken advertising on Facebook to running a political campaign, Qwaya would be your entire staff, from consultants and pollsters to a manager. It’s not only a time and money-saver; it’s practically the only efficient way to advertise via social networking if you truly expect results.

Step 3: Staying on Top of the Campaign

Truthfully, prior to a tool like Qwaya, this guide would have contained 10 steps.

You would have learned about making your ads stand out in a crowd, tracking your results, testing every little aspect of your campaign, defining your cost structure, outsourcing work, and more. But with a comprehensive Facebook ad-management tool, most of what you need to do can be handled through one program.

This means you’re only left to oversee the entire process. You do want to track your progress. But instead of micromanaging the campaign, you only need to track Qwaya’s results and adjust accordingly.

You still want to tweak your ads for effectiveness and make them stand out. But, again, this can all be done through the use of one tool.

Successfully advertising on Facebook is going to require careful observations and adjustments on your part. However, when it comes to monitoring everything from impressions and click-through rates to how well your ads are performing in their respective niche, it can all be handled with one tool.

You may find other ways to advertise with Facebook, but you won’t find anything that’s easier or better designed for the task.

Question: Are you using Facebook to advertise your chiropractic practice? If so, how successful has it been toward driving new patients into your practice?

Leave your thoughts and comments in the {comments} section below.