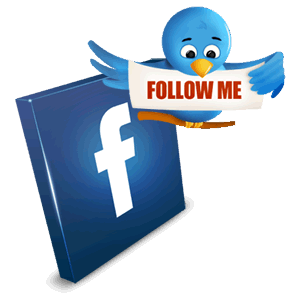 Ever since Facebook acquired FriendFeed, I’ve been suspicious. Not fiscally but technologically. You see, my theory is that Facebook is like Wal-Mart — go for global dominance or die.

According to Alexa.com, they’re listed as the third most popular website just under Google and Yahoo. And, you can bet your bottom dollar that they have no plans of letting that rank slip to someone like Twitter.

However, it hasn’t been smooth sailing from inception. They’ve had a few hiccups and angered many a folk. Remember the backlash that ensued when they changed the interface. The outrage forced them to temporarily keep older aesthetics in place just to appease the masses.

Nevertheless, you’ve got to give them credit where credit is due. They’re an innovative, young company paving new paths and reaching unimaginable heights within the global communications sector. Plus, they’ve been humble enough to learn from their mistakes and take lessons from competitors like Twitter.

For example, one turn of events that impressed me was their willingness to allow Twitter to connect with their interface. Instead of padding the door shut, they simply left it open. A smart move considering Twitter’s rapid growth over the last few months!

Facebook Connect allows individuals and businesses to update both their Facebook fan page status as well as their linked Twitter account simultaneously. This is a tremendous step in the right direction to disseminate conversations from one interface.

With that, let’s look at how easy it is to connect your Facebook fan page with Twitter.

2. Look for the following banner at the top of the page:

3. You’ll then be greeted by the following screen: 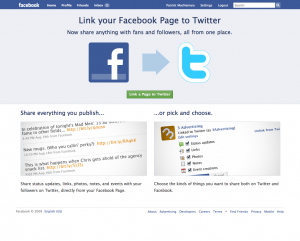 4. Select the Fan Page you want linked to Twitter: 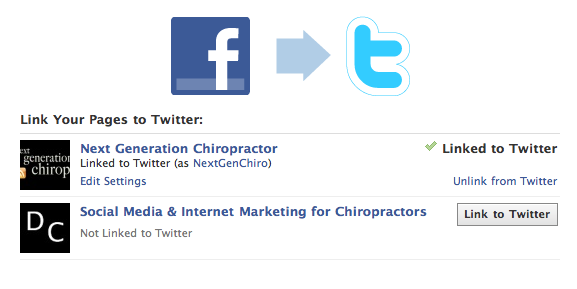 6. Update your status and see if it posts to Twitter:

While you’re logged in, if you haven’t done so already become a fan of Next Generation Chiropractor! I’m still trying to hit that magic 100 mark!! 🙂

Questions: How are you using your Facebook fan page? How has it impacted your business? Share with us in the {comments} section of this post below.