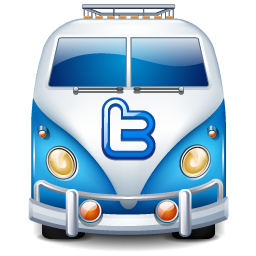 Yesterday Twitter announced that it would start introducing a new web interface for all users over the next few weeks. For those that missed it, allow me to walk you through the significance of their change and how chiropractors can use it to their advantage.

For starters, every chiropractor should be using Twitter. It’s not only free, ranks #10 on Alexa’s topsites list, but also is an important cog in the inbound marketing wheel.

Remember, social media sites are tools to be used whereas a chiropractic blog is an asset to be owned and grown. By using them correctly, chiropractors can increase traffic to their sites without relying solely on organic search.

If you’re needing more help with the above concept, then I encourage you to read How to Use Twitter to Build a Chiropractic Audience and 10 Twitter Tips that will Transform Your Chiropractic Tweets.

If you’re already using Twitter and are up-to-speed with how to use it, let’s examine the new changes that are coming down the pike.

For starters, Twitter has partnered with 16 different companies that’ll bring full multimedia capabilities into its web-based application. For a complete list of their partners, read Here Comes the New Twitter.com.

Since 78% of uniquer users already access their site through Twitter.com, these new capabilities will only strengthen their numbers as they try to steer people away from third-party desktop apps like Seesmic and TweetDeck. Full engagement within their platform is what they’re after.

With that said, chiropractors need to reevaluate how they’re using their service. In other words, instead of just sending shortened URLs that drive traffic to your blog make sure you include other multimedia-enriched content that engages users while they’re logged in to Twitter.

This is not only huge for Twitter but also for you! Twitter can easily become an aggregator for all your multimedia content. So, for followers that prefer Twitter over Facebook, your timeline can become a multimedia showcase for all your products and services.

To see this in action, watch the following video:

Question: Do you plan on integrating other media services into your Twitter feed? If so, which ones?