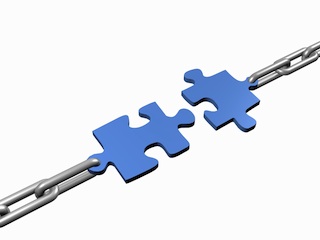 If you’re still a skeptic sitting on the fence, then let me point you to several resources to help catalyze change in both your mindset and business which, in return, should assure you that you’ll be in business well into the future.

The first resource comes from none other than Technorati.

Every year since 2004, Technorati has produced an extensive report titled State of the Blogosphere.

Their most recent report, State of The Blogosphere 2009, has some amazing insights and statistics.

For example, here’s a direct quote from the Introduction to the State of the Blogosphere 2009 report:

In a world that’s constantly changing — shocked by financial catastrophe and political upheaval, yet still moving faster every day — not much is constant. But as the 2009 State of the Blogosphere survey demonstrates, the growth of the blogosphere’s influence on subjects ranging from business to politics to the way information travels through communities continues to flourish. In a year when revolutions and elections were organized by blogs, bloggers are blogging more than ever, and the State of the Blogosphere is strong.

In Day 1 of their report, Technorati continues with the breakdown of blogger demographics.

But, instead of regurgitating Technorati’s entire report, make sure you spend solid time reading through the report. As a small business owner, you’ll walk away with the information you need to make an intelligent decision if blogging is right for you.

If you still need more help, then consider this …

Due to the decline of newspaper subscriptions, both national and local newspapers are in a world of hurt.

However, through thought leadership and innovative thinking, one newspaper decided to blaze a new path in cyberspace.

Founded by Arianna Huffington, Kenneth Lerer, and Jonah Peretti, The Huffington Post, touted as the Internet newspaper that provides news via blogs and video commentary, was launched on May 9, 2005.

Since that time, their success has been staggering.

In August 2006, The Huffington Post announced that SoftBank Capital would invest $5 million in the site, which had grown in popularity in only a year, to help expand it. Plans included hiring more staff to update the site 24 hours a day, hiring in-house reporters, and a multimedia team to do video reports.

The site now has invested in Vlogging, or video blogging, with many of the site contributors contributing via video, and capturing clips in the media and posting them on the site.

In November 2008, The Huffington Post completed a $15 million fundraising from investors. The money will finance expansion including more journalism and the provision of local news across the United States.

How did they accomplish such a feat with other newspapers dying on the vine?

Through utilizing the power of a blog and social media networks!

I could continue ad nauseum. There are numerous case studies and a plethora of data substantiating the legitimacy of blogs as an extremely viable and lucrative business strategy.

However, the above links should provide you with plenty of information to get started learning about this powerful medium.

In the mean time, if you’re seriously considering blogging for your small business but simply don’t know where to start, then I encourage you to sign up for a completely NEW newsletter that will be geared toward pointing you in the right direction.

Since this newsletter is NOT specific to chiropractors but is targeted toward all small business owners, I welcome everyone interested to subscribe.

NOTE: Again, let me reiterate — this newsletter is entirely different than my Next Generation Chiropractor’s newsletter and isn’t associated specifically with this blog. Furthermore, the people associated with its content, including myself, are all well-known within the blogosphere and business consulting.

So, to be one of the very first on the list, please subscribe through the field provided below:

FYI: This post is 100% search engine optimized thanks to Scribe! 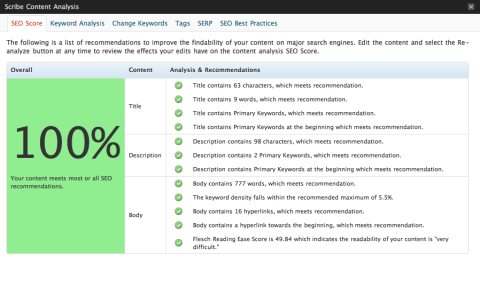 Products & Services I Both Use & Recommend

The links in the images above are “affiliate links”. This means if you click on the link and purchase the item, I will receive an affiliate commission. Regardless, I only recommend products or services I use personally and believe will add value to my readers. I am disclosing this in accordance with the Federal Trade Commission’s 16 CFR, Part 255: “Guides Concerning the Use of Endorsements and Testimonials in Advertising.”